Want to be Respected? Be Gracious. 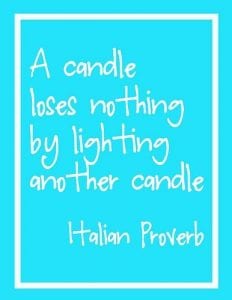 I am very fortunate in my life.  Not only do I get to work in the best field in the world, I also get the opportunity to work with some pretty wonderful folk who do everything they can to make kids successful.  Day in and day out, these people amaze me in the way that they engage with kids, working diligently to ensure that they are safe, loved and learning.  It doesn’t get much better than that.  I feel like as long as we have these wonderful teachers and principals in our schools, our future is in good hands.

Here’s something that makes some people even more special in my eyes.  When you complement them, they recognize that they are simply part of a team.  It would be easy for them to bask in the glory of their success.  Kids adore them, parents admire them, they are fulfilled in their hearts.  The best  leaders do something extra special instead, they recognize that they are part of a bigger force affecting the lives of kids.  Let me give you two examples to drive home this point.

So, as I read and listen to the great works being done around me by exceptionally capable people, I continue to be appreciative of their efforts, but I also acknowledge that there is a team of people behind that person who support them and have helped build the great school with them  Some of them they have never even met, they came 20 years before the current leaders were ever even there.  The foundations were laid well before their time.

I admire those who remember that.  We do not build in isolation, we build in team and with the groundwork laid by those before us.

Powered by WordPress | Hosted by Edublogs | Protected by CloudFlare